Catholics should not be complacent and think that publicly funded Catholic Schools in Ontario will always be there.  Just ask the Catholic parents of Newfoundland and Labrador and Quebec that were asleep, when it got taken away and many of them now regret it.

Before going forward we owe a tremendous amount of gratitude to French-speaking Catholics, Irish settlers who started coming to Canada after the 1850`s and many other volunteers including priests and nuns who fought hard for full funding rights up to 1984.

The struggle began around the 1830`s, even before we became a country.  Ontario at that time was referred to, as Upper Canada and Quebec was referred to as Lower Canada.  Now in Quebec, practically the whole school system was Catholic and the Protestant minority did not like having to send their kids to Catholic schools.  However, it was the other way around in Ontario, or Upper Canada.   Catholics were the minority, some say as low as 10%.  It was just the priests and rich kids who got a good education.

By about 1841 a new School Act was passed, giving Catholic schools partial funding, after a lot of lobbying.  This permitted Catholics to establish their schools. This was only because in those years there existed a Parliament in Canada that included both Upper and Lower Canada and there were more representatives from Lower Canada (Quebec) who pushed for some sort of partial funding for Catholic education in Ontario.  There were a lot of riots and violence, but this sectarian bitterness was imported from Europe, since the Irish immigrants to Ontario were regarded as a scourge upon the land and the French Canadian Catholic legislators were accused of furthering Catholic interests.  This was also around the time that Egerton Ryerson, the highly regarded and respected educator pushed for a free, universal public school system in Ontario (Upper Canada), since Egerton Ryerson believed that a public school system would promote; loyalty to the Crown, a sound curriculum and some sort of generic Christianity.  However the Catholic leadership of the day considered this an insult to the Catholic faith.

Then in 1855, with the weight of the French Canadian Catholic votes, the Assembly passed the Tache Act which extended rights for Upper Canada`s Catholic minority to create and manage their own schools.

Similarly in 1863 the Scott Act was passed which confirmed these rights and also allowed Catholic School Trustees to have the same rights as Public school trustees and allowed Catholic schools to share in School funds provided by the Government.  This all did not go well with the Protestant majority in Ontario and there were a lot of riots and violence.

Then came 1867, the formation of our Country, Canada as we know it and the British North America Act (“BNA”) creating both Upper and Lower Canada as separate Provinces, Ontario and Quebec as we know them to be and Education with the responsibility of the Provinces.  Catholics could see that without their French Catholic Support, their minority rights would be trampled by the vast Protestant majority and the bitterness that existed.  Archbishop John Joseph Lynch of Toronto and politician Thomas D’Arcy McGee initiated a process to secure the rights of Catholic schools under section 93 of the BNA ACT, all the education rights held by religious minorities at the time of Confederation would be secured constitutionally thereafter.  For Catholics in Ontario this meant the right to establish, manage and control their own schools and  share proportionally in government funds.  It`s Section 93 of the BNA act that also gave the right to the Protestant minority in Quebec to have a Public school system, that`s why this section came about.

Then in 1925 there was a test case to the Courts, called the `Tiny Township Case`,  that got its name from Simcoe County challenging the Government and the court case was referred toas Tiny vs. The King.  In 1928 The Judicial Committee of the Privy Council, at that time this was the highest Court in the land, something like the Supreme Court of Canada, ruled in favour of Catholics and basically said that the Province of Ontario had to fund Grades. 9 and 10, since the Catholic schools were teaching the curriculum before Confederation but going forward Catholics wouldn`t have any Constitutional right to funding beyond Grade 10, but that the Provincial government was at liberty to grant it if it so desired.  Those are very `key words.`

Then came about the depression era of the 1930`s and the Ontario Government was finding it difficult to fund Catholic schools and there were disagreements about funds for French Catholic education in Ontario.  The Government brought in Regulation 17, which penalized Catholic school boards for funding French.  This divided the Catholic community in Ontario; however with more lobbying the Ontario government relaxed Regulation 17, Francophone children continued receiving an education in French.

In 1900 the total number of Catholic students was approximately 42,000 but by 1925 it had doubled and close to about 90,000.   Catholic schools still remained underfunded and labelled as being inferior, even though more per capita students went onto University.

By the 1930’s, it was Martin Quinn a Toronto Businessman who started organizing Catholic Ratepayers Associations in over 400 parishes across the province and was able to elect Mitchell Hepburn`s Liberals in the 1934 elections and to get business taxes to support Catholic schools, but this was short lived, since it was a political bombshell for the rest of Ontario.

By the 1950`s the war was all over, and Ontario was booming.   The  Hope Commission (Ontario’s First Royal commission on Education) to fund Catholic schools fully was supposed to extend full funding to Catholic Schools, but this did not materialize.  By the 1960s and `70`s with the decline in Catholics becoming priests and nuns, high schools depended on Catholic teachers receiving low salaries and the running of lotteries.

In 1971 the Progressive Conservatives under William Davis won a healthy majority sustained in part by the public refusal to extend funding to Catholic high schools and even proposed that Catholic high schools pay property tax.  Then in 1976 the Blair commission travelled through the province and were greeted by many Catholics in each town who voiced their disgust at Catholic schools being taxed.

Ironically, in 1984 William Davis surprised his own caucus when he announced extended funding to grades 11 thru 13.  He stated that this was a “Justice Decision“ for Catholic schools.  Cynics saw this as a Davis ploy to get the Catholic vote.  But this was also a time where a group had taken the Ontario Government to court for 9 billion dollars and the case had reached the Supreme Court.  If the Government had lost it would have to extend full funding and pay up.  If the Government had won, they would have had a lot of disgruntled Catholic voters, at that time about 33 % of the voters.  Thus a compromise was worked out with Cardinal Carter – drop the Court case and allow non-Catholics in the high schools.

As you see, it’s been a long battle, but let`s not be complacent, there are about 27 organized group in Ontario, that are fighting to get rid of publicly funded Catholic education. 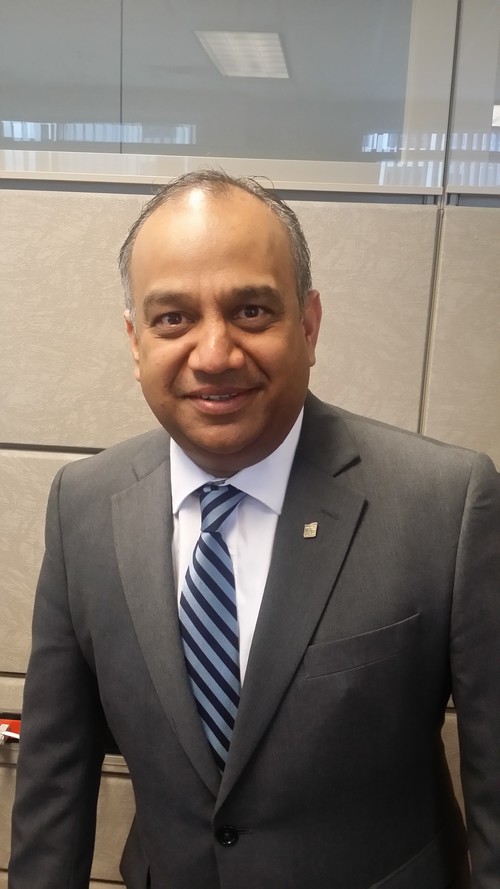